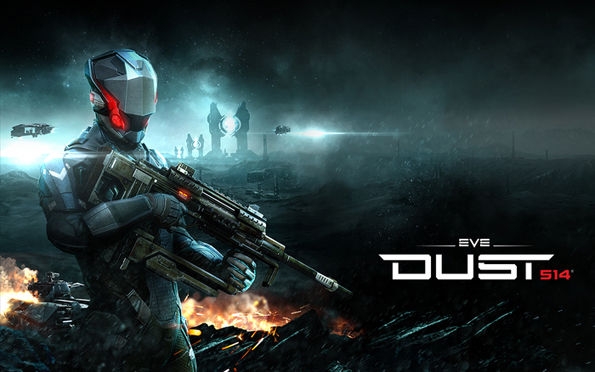 Dear DUST community, CCP Rouge and CCP Rattati here. We‘re bringing you some news of the next release, but first we‘d like to review the latest changes to DUST 514.

Only five months ago we shifted from releasing fewer, less frequent updates to a faster, more responsive approach as outlined here, based on our three pillars; Community, CPM and CCP.

DUST 514 has seen a lot of improvements with our Hotfixes – Alpha, Bravo, Charlie and the recently deployed Delta. This iterative balancing and updating effort, in the spirit of Game-as-a-Service, wouldn‘t have been possible without your valuable, merc-killing feedback and we thank you!

We believe it‘s not only about delivering content and improvements in these patches that‘s important, it‘s the way they are being designed and implemented. After months of effort, DUST‘s development efforts now stand on a solid foundation built with data and analytics transparency and  direct, constant communication and collaboration with our players and CPM.

Since the series of Hotfixes began, over 50 feedback threads on various issues have been posted and replied to, with over 500 pages of discussions, over 10.000 Player replies and thousands of Dev replies. Our analytical and transparency efforts include sharing spreadsheets on Google Docs with calculations, charts, models, methods and ratios, for the players to truly grasp development reasoning and provide more information to help with their feedback. We also want to use this opportunity to announce we will be sharing our plans and data even more openly in the near future.

We‘re very happy to see that our player base remains both stable and active. In fact, we are currently seeing the highest engagement numbers in over a year, averaging around 300.000 Monthly Active (unique) Users over the last few months. Expert Events have been very popular-unique events in FPS gaming where the best of the best compete with individual weapons and get to name them for all to see. You even overcame DDOS attacks to compete in another Million Clone Challenge, blowing through both the primary and the stretch goal.

We want to offer more events in the future that cater to both hardcore competitors and casual players alike. Speaking of hardcore, we want to make Factional Warfare the go-to game mode for the elite veterans when they are not fighting Planetary Conquest battles, so the Loyalty Store will get some deserved attention.

We also want to add more variety and flavor with new modules and weapon variants. That‘s why this is the right moment to bring out more content in the form of Blueprints and Personalization options to allow players to express themselves. That‘s something you‘ve asked for repeatedly in the past and present, and we are more than happy to deliver in the form of a new content update.

A separate Dev Blog will further outline the contents of Uprising 1.9 before the end of this month (October 2014). The team has been working on some features that we hope you will appreciate, such as:

Stay tuned for more and make sure to leave feedback in the comments!

We‘d like to take a quick moment to reiterate the message from EVE Fanfest 2014. If Project Legion becomes a reality, the absolute intent is to offer a migration plan as fairly and quickly as humanly possible. However, Project Legion is not an official game yet.

We remain fiercely proud of what DUST 514 is and how it has evolved into a massively rewarding FPS of unparalleled customization and strategy in the EVE Universe.

And we will see you in battle, mercs!